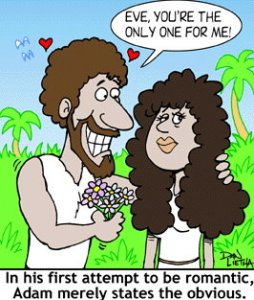 A lifelong marriage is a great blessing and only death is the one who can end the marriage. If it was so, many would probably consider it as a blessing from God because it represents a lifetime warranty on marriage. But on the other hand, for the group of people where the partner is actually cheating and violent, this would be a life sentence in prison with the most cruel enemy, and the representative of the blessing would have been the death.

There is not everything that lasts forever or for a lifetime, and maybe that’s why marriage is so special. Imagine; some have proposed to you and said: “I love you, and only you!” and at the wedding, they say: “I love and honor you, keeping you in good and bad days till the death do us off.” It may well impossible be more affirmative that one that you love, this lifelong commitment to you. That is why it is so devastating when these promises are broken.

When people commit adultery or being cruel and / or violent, marriage starts to squabble and what happens next? Most marriages can be healed of course, but it requires effort from both parties. If it has reached a stage where the “cancer” has killed the marriage, there are three ways out:

# 1. They can either continue together and suffer in the hope that it will be better. # 2. They can separate without divorce (which seems to be impossible in Norway today when divorce happens automatically after 3 years. I’m not fully inside the technical here), or # 3. They can be divorced.

But should a Christians divorce? Doesn’t marriage last forever? Well, I’d like to be agrees on the phrase “once married, always married”, and that God blesses each marriage and keep it together no matter what happens. But I have bad news for you. Some marriages actually cannot be saved, and the Bible doesn’t promise that every marriage has a lifetime warranty.

Again, there are texts in the Bible that seem to speak of a lifelong marriage and only the death ends the marriage. Let me stress this – seems to speak about this. What I am saying is that the texts that are retrieved to support this doctrine actually not talking about it.

We took our first text above, but there are also three (3) other texts in the New Testament that seem to speak about marriage lasts a lifetime, and there are two (2) that seem to say that only death can end marriage. Let’s strip this down.

The first text we go into is when Jesus describes a marriage after a divorce, as adultery (Matt. 19: 9).

And I say to you, whoever divorces his wife, except for immorality, and marries another woman commits adultery. (Matt. 19:9).

Scripture suggests that a divorced person is still married because the person are divorced by ‘Any Cause’-divorce. We touched upon this in Divorce – Any Cause ESG4, and saw that Jesus specifically refers to ‘any cause’-divorce over all other types of divorces. He condemned ‘any cause’-divorces as unbiblical and invalid. He said if you marry again after an invalid divorce, you technically commit adultery. In context, this text tells more that Jesus emphasizes the invalidity of ‘any cause’-divorce. Mat. 19: 9 can not be used to provide a support a guarantee for a lifelong marriage or ‘once married, always married’.

The other place where the Bible seems to support “marriage lasts a lifetime”-teaching is when it describes a married couple ‘one flesh’. (Mat. 19: 5-6).

5 …‘ For this reason A man shall leave his father and mother and be joined to his wife, and the two shall become one flesh ’? 6 So they are no longer two, but one flesh. What therefore God has joined together, let no man separate. (Matt. 19:5-6)

It sounds as if two people have been permanently turned into one individual, something that should have happened, but sad to see does not always happen. Let’s go to Paul and take a closer look at this.

Do you not know that your bodies are members of Christ? Shall I then take away the members of Christ and make them members of a prostitute? May it never be! 16 Or do you not know that the one who joins himself to a prostitute is one body with her? For He says, “ The two shall become one flesh.” 17 But the one who joins himself to the Lord is one spirit with Him. 18 Flee immorality. Every other sin that a man commits is outside the body, but the immoral man sins against his own body. 19 Or do you not know that your body is a temple of the Holy Spirit who is in you, whom you have from God, and that you are not your own? 20 For you have been bought with a price:therefore glorify God in your body. (1 Cor. 6:15-20)

The third and final text that seems to provide support for that marriage is always lifelong is Eph. 5:32 which says:

This mystery is great; but I am speaking with reference to Christ and the church. (Ephesians 5:32).

We actually here encounter a evolutionary problem, a kind of progress problem in understanding of meaning of words. The word ‘mystery’ is translated from the Greek musterion but when Greek was translated into Latin, the word musterion was translated into ‘sacrament’ (Latin sacramentum). This was really a perfect and good translation in the 4th century because sacramentum meant just that – ‘secret’ hidden in holiness. But over subsequent centuries the word sacrament started changing significance. In medieval times did the word sacrament mean ‘an unchanging sacred reality’.

Who started this I do not know, but the Catholic Church can give us an good example. They reckon ordination as a sacrament. Only bishops can ordain, and only men can receive ordination (sacrament). It is regarded as an embossing sacrament, which means that you can only receive ordination once for each of the ranks, and that it is not possible to reverse the ordination. A priest who is deposited, does not ends to be a priest, but only gets deprived of the right to work in office.

In other words; a sacrament of priest refers to a permanent transformation of an ordinary layman into a priest when he presents his promises for the bishop. The sacrament of marriage is likewise referred to a permanent transformation of two individuals to one flesh / married couple, when presenting their promises for the priest. It is therefore not possible to divorce in those countries that are strongly influenced by the Catholic church, for example Philippines. The only chance to get out of the marriage is’ annulment as we will mention more in another post.

Whether you disagree or not about the theology of ‘sacrament’, there is still no Biblical basis for saying that marriage is a sacrament, besides in the Latin Vulgate translation of Ephesians. 5:32, which was written when the ‘sacrament’ meant just that – mystery. That marriage is always lifelong proves to have no Biblical foundation, although it is supposed to last lifelong. But there are two other important texts we need to go through that seems to say that only death could end marriage.

That we will go into in the next post… see you then!

– MDR stands for Marriage – Divorce – Remarriage. A shortcut I choose to use on this series where I deal with some christian problems in the questions of marriage, divorce and remarriage.

– Bible Verses are from NASB, unless otherwise noted.

There's a madman in the attic